Guardians Of The Galaxy Vol. 2 Review

For a brief moment, Guardians of the Galaxy Vol. 2 was the worst thing a movie featuring a sentient baby tree and an anthropomorphic raccoon could be: it felt familiar. This happens somewhere within the first 30 minutes, after Drax the Destroyer's sixth or seventh quip showcasing how clueless about social norms he is and Peter Quill's constant referencing of cool things from the 1980s. It’s as if the film strains too hard to remind you how much fun the first one was. Hey, remember how much you loved dancing Baby Groot? Well here he is again, but this time you get four full minutes of him grooving! Please enjoy.

This was a worry. The first Guardians of the Galaxy was a surprise, breaking the Marvel movie template and setting a tone that other comic book properties would slavishly follow (oh, hi there Suicide Squad). The Guardians hail from the weirdest, most bizarre corner of the Marvel universe. What a pity if the second film in the series ended up being just a retread of the first, more Iron Man 2 than Captain America:The Winter Soldier.

But then, just as a certain new character's egg-shaped ship straight out of Mork & Mindy takes off to the sound of Fleetwood Mac's “The Chain,” Guardians of the Galaxy Vol. 2 starts bringing it all together. It leaves the references to the first film behind, pushing its characters, setting, and plot to compelling places. It becomes thrilling, emotional, funny, and most of all, it finally becomes what the first film was: fun and more than a little heartfelt. As Rocket Racoon says: "Welcome to the freakin' Guardians of the Galaxy."

Guardians of the Galaxy Vol. 2 is at its best when it's doing something new. It's no coincidence that the film's shift from good to great happens when Vol. 2's most interesting new character appears. Kurt Russell is a standout as Peter Quill's (aka Star-Lord aka Chris Pratt) long-lost father, Ego the Living Planet (who fans of the comics will know better as an actual gigantic planet, as opposed to the guy who played Snake Plissken and Jack Burton). Russell is indeed more diminutive than a celestial body, but he brings outsized energy and charisma to the role, and his interplay with Quill is funny, touching, and heartfelt. The other new face is also a fun one: Mantis (played by Pom Klementieff) is an empath in the employ of Ego, and she provides a lot of the film’s laughs. She's a sweet addition, and with her wide eyes, innocent nature, and high-pitched voice, is literally an anime character brought to life. It wouldn't have been surprising to see her to turn to camera, smile, hoist two fingers in the air and squeal "Kawaiii!!!".

It's also refreshing to see that while the returning cast brings the biggest emotional punches, those hits don't all come from the main Guardians crew. In fact, former villians Yondu (Michael Rooker) and Nebula (Karen Gillan) have the most dramatic arcs, with the former leaning in hard on the underlying father/son dynamic he had with Quill in the first film, and the latter finally revealing the source of all her angst and anger toward her sister Gamora (Zoe Saldana). Yondu, it could be argued, is the beating heart of Vol. 2. There's a scene near the beginning of the film, a wordless one where Yondu stands amidst a bevy of android pleasure models, his stare telling us everything about the emptiness and aching inside. It's a wonderful, quiet moment that conveys in seconds more about Yondu than we learned during the entirety of the first film.

Those moments of stillness stand out the most. From the subtle but meaningful look Drax (Dave Bautista) gives Mantis near the end of the film to the gentle dance Star-Lord and Gamora share, director James Gunn isn't afraid to dial down the explosions and noise to let his characters breathe. Each of the main Guardians crew gets their chance to evolve and grow in between fighting interdimensional beasties and escaping from hostile alien armadas, and they become fully-fleshed out, believable characters. Whatever the color of their alien skin, all of these strange creatures feel very human.

And it's why the film's many action sequences work as well as they do. The flash and bang in Vol. 2 is impressive and impactful in the way many of Marvel's best set pieces are, but everything has more weight because of the characters. Sure, seeing Rocket (voiced by Bradley Cooper) singlehandedly taking on an army of Reavers is cool, but you're excited not because a small mammal is doing kung fu, but because Rocket, perpetually underestimated and looked down upon, is finally getting his due. You cheer as Star-Lord finds the strength to take on the film's big bad at the end of the film not because he's Chris Pratt and he looks good shirtless, but because his anger is righteous as he seeks to avenge a wrong from long ago. You squeal in delight as Baby Groot...well, you just squeal because he's undeniably, almost unbearably, cute.

There's a scene near the end of the film, after all the action is over and the Guardians are taking stock of what happened, where Baby Groot climbs gingerly onto Star-Lord's lap. Groot looks up, and Star-Lord offers him one of his earbuds, and they sit there, quietly, listening to music. It's a wonderful moment at the end of a long journey where all of the Guardians have experienced new adventures, vanquished immense foes, and grown as a strange, unorthodox family. And we're right there with Groot and Star Lord, looking out at the stars, excited about what's coming next. Now, about those five post-credit scenes... 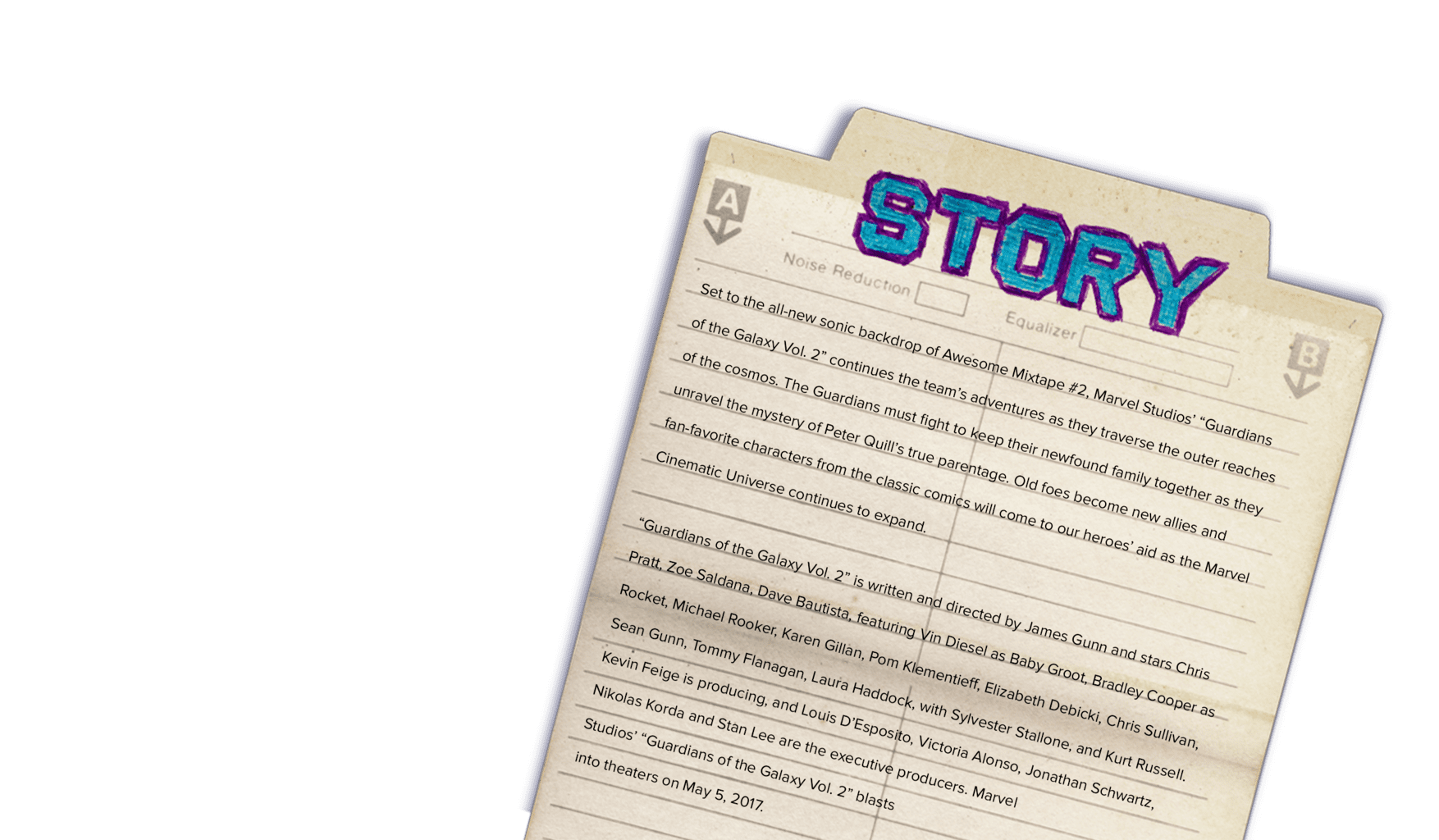